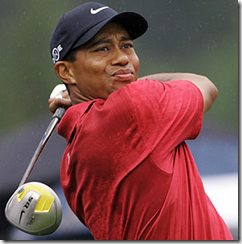 he had 'outgrown' Butch Harman
as his coach.

Now, he has fired his Caddy too!

After having won Golf's majors and great fame, Nick Faldo 'dropped' David Leadbetter as his coach.
"I guess it's very much like a marriage," said Leadbetter, who coached Faldo for 13 years.

"There is a chemistry, a trust, a meeting of the minds. It can be a tough thing to keep going. You have to be a cheerleader, motivator, swing mechanic, part-time psychologist, family counselor, friend, and, of course, the ultimate adviser on the fickle game of golf. Maybe it's not a surprise that things flame out."


I have remained Coach and Mentor (Coach is paid, Mentor is Unpaid) to some Top Performer Salespeople for more than 20 years.
The Top Performer only needs 'Coaching' in the 'mental game' and handling 'new equipment'
(New Products or more exactly New Product/Markets).
These Clients (Coaches have 'Clients' who pay, Mentors have 'Mentees' who don't pay!)
often become friends, this is both important and brings additional difficulties.

Gaining entry to a Top Performer, as a 'Mentor',
is ALWAYS initiated by the Top Performer (the Mentee), NEVER by the Mentor.


Gaining entry to a Top Performer as a 'Coach' is different.
It can be initiated by the Top Performer's Manager either to be the Coach,
or by recommendation to use a different Coach

If you are the Manager, you have the 'authority' to offer your services as a Coach,
if accepted OK, if rejected (by a Top Performer) that’s OK too!
Both the 'recommended' and 'rejected' Coach has to persuade the Client
of their usefulness and value as a Coach.

My ‘entry’ usually consists of a few Joint Calls, which I never take any part in, but I record the call using Behavioural Analysis, of both the Seller and the Buyer. During the Post call review I share the information and make comments on the Buyer Behaviour. If, we can agree that Seller Behaviour influences Buyer Behaviour, then I offer to help them 'shape' their behaviour to more effectively influence Buyer Behaviour.

Much later, when the Client shows interest in the 'mental game', then we work at developing Strategy, Tactics, which overcome the ploys and gambits used by Customers and Competitors.

Finally, only after we have established considerable trust, we work on
"Winner's Attitude".  This is not the 'self-actualization movement' and 'firewalker' approach, which if it truly worked then we would ALL be successful millionaires.
Instead, it is based upon two 2,500 years old principles

If only most 'no longer' Top Performers had listened to number 1.

If only Tiger Woods had listened to number 2.

The Mental Game establishes "Winner's Attitude" towards self and others it is altruistic or exocentric. Winner's Attitude promotes the right attitudes to the Company, the Customers,
our colleagues and society in general.