Selling against Value, with Price.

In these frugal days, Price,
or as Buyers refer to it “COST”, is a very important factor in their Decision Making.

They may claim that “due to lower running costs”,
their Total Value over five years is better than yours.
However, YOUR PRICE is less than theirs is, NOW!

There is an embedded preference in most people.
In Human Decision Making we have a marked preference
for Rewards (payback or benefits) that arrive EARLIER.

If you chose a dollar now, then you are in the majority and you exhibit PRESENT BIAS.

rather than the hope for reward at some future date.

A future which may, or may not, come! 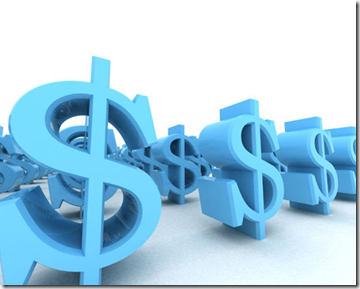 When selling on PRICE, you have to appeal to your Buyers “Present Bias”.
The Value of a lower Price is available NOW.
The Value of “added” benefits only occurs over time and has a lower value than a Reward instantly available!

Who knows
if the projected value over five years will occur?
Who will get the credit, perhaps your successor?

The Time Value of Benefits discounts with time.
The certainty of reward and recognition of a lower Price, to you a lower COST, is available now.

So, when Selling on Price against a “Value” Seller, make sure you invoke the “Present Bias”.

Make sure your Buyer knows they can have their REWARD from you NOW!

How does PRICE link to Sales forecasts and missed Targets?