However when you turn the company over to the Accountants, take care.

Financial Engineering was another FAD that I survived.

Enter the Cost Accountants and let the dance begin. 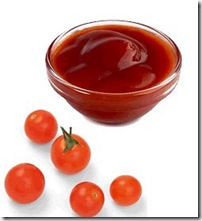 Ketchup has the key ingredient of Tomatoes.

Our Cost Accountants showed how we could reduce costs by reducing Tomatoes in our Ketchup. We put 10% less Tomatoes on our Ketchup and changed to a lower cost if lower quality Tomatoes. Total saving was 20%. No complaints, so apparently the consumer didn’t notice.

‘Flushed’ with success, the Cost Accountants were back with more proposals “Packaging, Storage and transportation” cost savings. We changed from a bottle size of 500 grams to 1000 grams; Marketing not only supported the change but insisted we use 1200 grams to enable a 20% extra free campaign. Our Consumers seemed to accept the changes, but our Distributers, Wholesalers and Retailers grumbled about ‘problems’ in the background.

To achieve all of the changes, involved some costs, but these were justified by the Cost Accountants Graphs, Charts and Tables all of which agreed that break-even, cost recovery and profits would flow shortly. Marketing agreed and talked of Product “consolidation”, improved Margins, Market share capture and increased Profits. In Sales we just raised our eyebrows.

After a set of disappointing Sales results, the Cost Accountants cut a further 15% of Tomatoes used in our Ketchup, we now bought our Key ingredient on the open Market at a “Tomatoes Commodity Auction”; it came from any part of the world and was always the cheapest they could find.

During a Product Management review the Cost Accountants refused to allow a new Self-seal dispenser to be used as it put 4 cents on the cost line. But, it was being advertised heavily on TV by our Competitor. 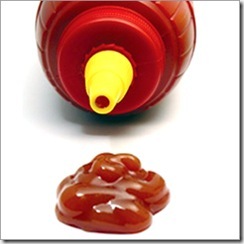 Our next two quarters Sales results were terrible.

Big and loyal customers were only placing maintenance orders, or cancelling. Or, they were trying to return stock they described as ‘non-spec’. In Sales we knew what was wrong, but nobody listened.

So, Sales organised a Customer Engagement Event (paid for by Marketing)
and brought our Executives, our Distributors and our Consumers together Face-to-face:

“You can’t taste the Tomatoes!”;
“the bottles are too big for their fridge”;
“We can’t shelf the product!”;
“The Box is too heavy to lift!”

This Parable really took place in Information Technology;
it was not “Ketchup”.

The moral of the story is:
to “Listen to your Customer”

and put tasty and plentiful ‘Tomatoes’
in your ‘Ketchup’. 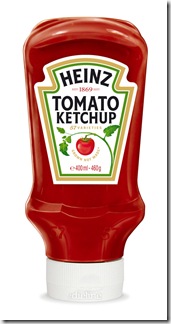 is made with only the firmest, juiciest, freshest tomatoes.

Heinz make, and have always made, a truly great product!

Posted by Brian MacIver at 11:46 No comments:

Email ThisBlogThis!Share to TwitterShare to FacebookShare to Pinterest
Labels: Leadership, Philosophy of Selling, Sales and Marketing

I am a survivor.

I have survived 17 different management “initiatives” during a 40 year working life. One of them was TQM, Total Quality “Madness”. 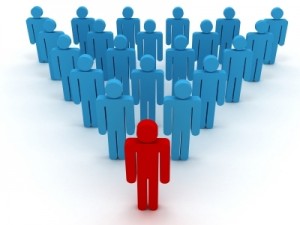 Like most fads it started with a Prophet, but now the surviving “Disciples” argue over who the true ‘Prophet’ was. I will not enter their debate, I don’t care who invented it or whose fault it was.

Like all fads, TQM begins with some good ideas and catchy slogans. The ‘higher’ thinking is kept secret and instead anecdotes replace research. “Right first time” was an enchanting idea, which soon cast its spell over millions of workers. But, How? 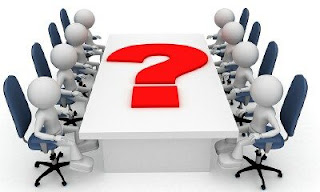 The “Magic Circle” was invented. Workers who had never had any “voice”, who had never been heard were invited to speak; Assembly Worker, Production Operator and all. “How could we do it better?

Brainstorming, Coffee and Flipcharts soon became a ‘heady’ mixture. And, more anecdotal “results” than you could read on a quiet rainy Sunday.

Up 3%, down 7%,
improved by 13%,
decreased by 5%
and saved 100%
I remember that TQM came with a distant Japanese High Priesthood - their message of Purpose, Process and People conveniently translated into English still seemed somehow ‘Oriental’. But, then “Local Priests” began appearing, people we had known as of little importance and scarce education. Now, these Demi-gurus spoke in parables, “Zero defects”, “Hassle free” (or friction free), “Delighted Customers” and “Employee involvement”. Soon, many otherwise quite smart people had “bought-in.”
They began attending the Circles listened to “Quality” talk from the Local Priests.
Quality, quality, quality was the answer to everything.
Quality assured our collective future.
Quality assured our Profitability.
Quality assured our jobs.

The sceptical few (myself included) asked “Quality at what cost?”
When we tried to change the slogan to “Quality, at a profit” we were howled down, named as “negative non-co-operators” (as opposed to “Collaborators”, which we thought was politically incorrect French.). Our “resistance” was short lived, the Local Priests issued the “Book of Compliance”, and there could be no dissention, Total Quality Rules. 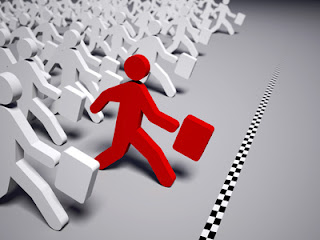 It was then that a most curious thing happened. Those same self-important, not too bright people who had become Local Priests, they underwent a metamorphosis!
Using their “Book of Compliance”, they first became TQM Assessors, and then they became the TQM Police.
At the same time “results” were beginning to come in, both Customers and Sales were being affected. Customers were being asked to accept “Quality” exceeding their requirements. Good enough wasn’t any good, only “Right” was what we now offered!

Along with the “Quality” came cost, building-in quality isn’t cheap,
in fact building-in more quality than the Customer wants is very expensive.

So, now we began losing sales, “more quality than we need, at a price we can’t afford” complained long term Customers, who left for cheaper Competitors. “It’s Sale’s fault” howled the TQM Police,
“They can’t sell the Quality!” And, they were right, we could not even find the "Quality" Market, never mind sell to it! We just couldn’t find Buyers who bought more than they needed for prices higher than ‘good enough’ Quality. 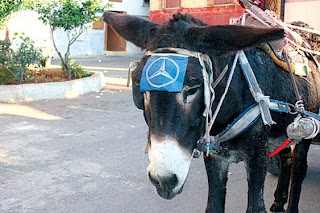 Capitalism, has an inbuilt “evolution system”. It’s not the strongest that survives; it’s the most appropriate for the Product/Market. Don’t build more “quality” than your Market wants, don’t price higher than your Market is willing to pay. And, don’t give people who have never succeeded in any Commercial environment the ability to destroy your Company in the name of Compliance.

If you need a Slogan, use Nike’s “Just Do It!”
But, do it at an appropriate Quality with an acceptable Price.

That’s why you have a sales force.

The Voice of the Customer!

The Success of a Sales led Business

I recently consulted for a “sales” led firm, a Software Company.  The CEO had been a Sales Professional, very successful and very wealthy.  He had taken a year out completed his MBA, then came back and bought the Company.

He changed the Culture of the Company from Product “centric” to a focus on Sales, a ‘Sales’ culture was established.  Everybody worked in, on and with Sales.
His results were spectacular, he doubled the business each year for three years. 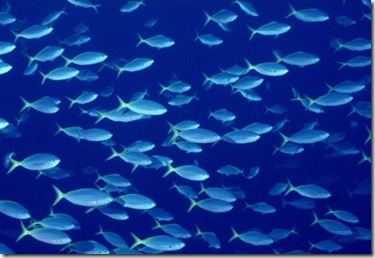 Having spent three years as CEO and having proved his point, that Sales Led = Success,
he wanted more.  After attending a Software ‘Jamboree’ run by the charismatic boss of another Software Company, he whole heartedly adopted and installed a state of the art CRM and SFA, (at great expense!)

In public and in private the CEO continued to treat his people with confidence, but the new Software ‘systems’ were running the day-to-day business.  According to the ‘systems’ 21 DIFFERENT things were all “high” priority.

Sales success was no longer appreciated,
compliance with the system was more valued.

The ‘crunch’ came when his top ten sales people were taken off-the-road, to play in a “sandbox”, before the release of of yet another version of the SFA and modified Sales Process.

His leading Sales Manager and six Sales people left and joined their competitor.

The CEO’s ambivalence has proved to be very expensive, wanting to trust yet being afraid to trust at the same time.  Make up your mind, choose, then have a consistent set of behaviours.

Enjoy the success or accept the consequences.

Leadership is owning the Company’s Culture.

Know which culture you want and do not change it by accident.

“You can turn fish into fish soup, 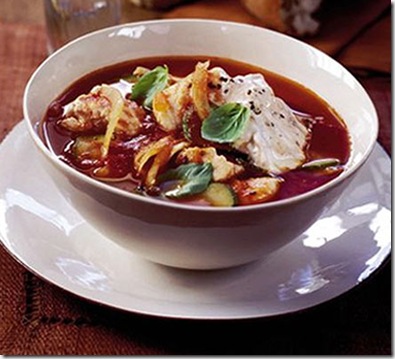 but you can never turn fish soup back into fish!”