A Theoretical Foundation in Selling 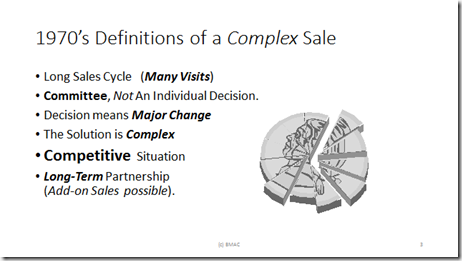 This was the definition I used for
twenty  years, it was based on Rackham’s research. Which he published in
‘Major Account Selling’, to distinguish between ‘simple’ and ‘complex’ Selling and then describe differences in successful Sales Behaviours.

The multiple factors, in effect,
could be applied to almost any sale.

In other words: ALL Selling was Complex!

By 2000 it was obvious that a Multi-factor definition was not working.

One by one Factors which were not helpful or important were disappearing.

First to go was “Competitive Situation”, this was not helpful in Contract Renewals with NO Competitor present, But the Sale was NOT simple! The “Long Sales Cycle” was a repetition of many meetings, in fact some Long Sales Cycles were Simple Selling, which just took a long time!

“Decision means Major Change”, yet equally Minor Change with high Impact, could have a similar effect.  The amount of change often reflects the ‘Motivation to Change’, rather than a difference in Selling Behaviour.  “Long Term Partnerships”, let’s take out the word “Partnership” and just go with Long Term Seller/Buyer Relationships.

We worked with the final two factors “Committee Decision” [not an individual] and “The Solution is Complex” from about 2000 until 2005, as it met most of our needs.  However, in 2005 we were offering some highly “Complex Solutions” in the Voice over IP and ‘Hosted Voice’ arena, and Buyers had NO interest in the Complexity, rather a desire for simplicity. “I don’t care how it works, Does it DO what we want done?”

in 2005, we wrote the final Definition of Simple and Complex Selling: 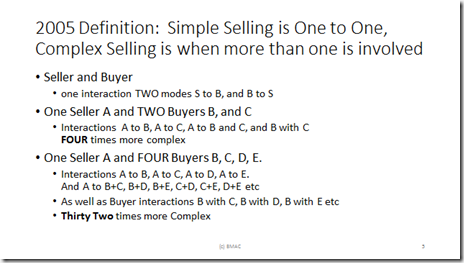 Selling is a Communication Process, an Interactive Competence,
which becomes increasingly COMPLEX as the number of Participants INCREASES. 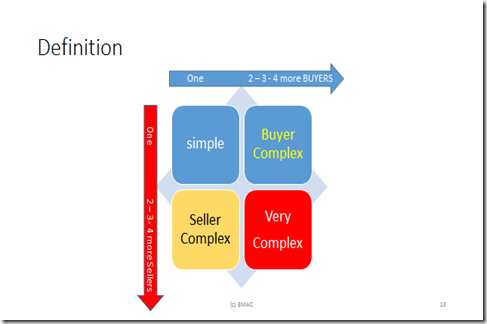 One to One
is Simple Selling.

One to Many, or
Many to One,
is Complex Selling.

Many to Many is
VERY Complex Selling! 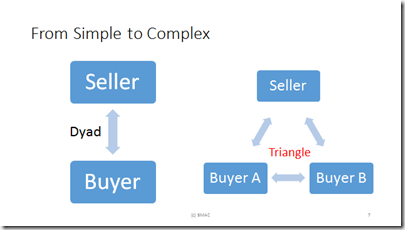 The Salesperson MUST have a Sales Behaviour Fluency many times higher than selling One to One.

If two Buyers means Complex Selling, then what if there are MANY Buyers? 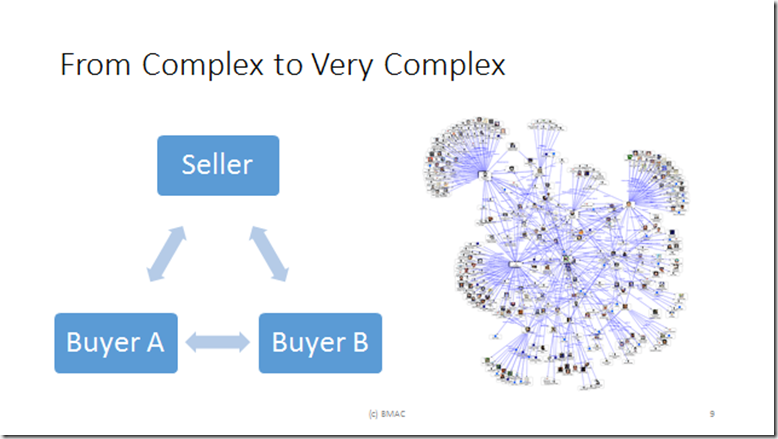 A Sociogram of Big Telecom with a Major Bank Customer may look like this!
Some Sales were simple Products, some were Complex Solutions.
Some Sales had a Sales Cycle measured in minutes, some lasted for more than a year.
Some were Major Changes [Telephone and Internet Banking], and
some were ‘Partnership’ projects with shared risk.
There was a constant Competitive threat.

Yet, the determining factor was Selling one to one or one to many! 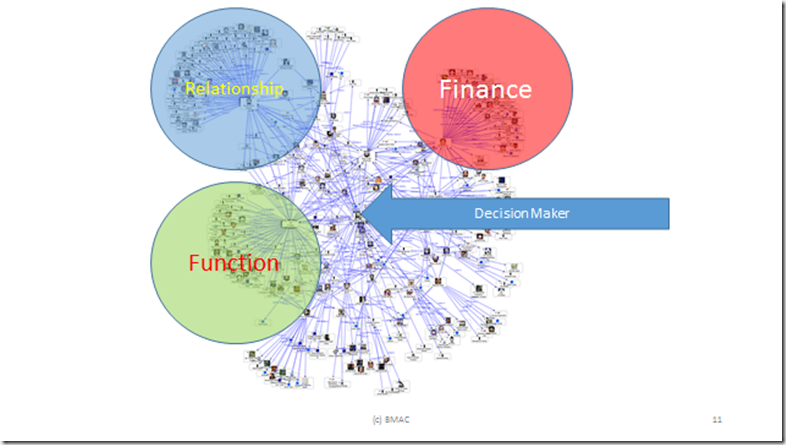 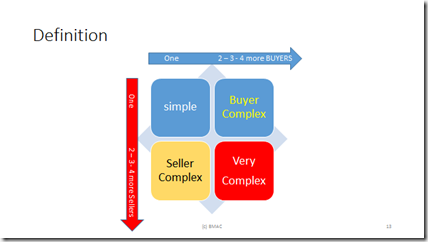 Simple and Complex Selling
is crucial 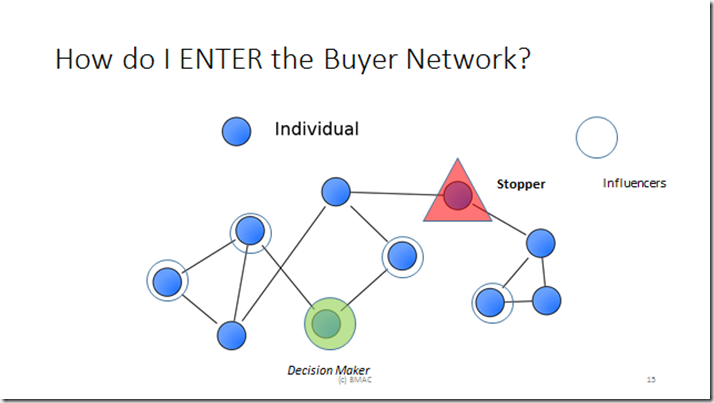