The TCS authors wrote an article on ‘WHO to Coach’ Published in the Harvard Business Review:
Http://blogs.hbr.org/cs/2011/01/the_dirty_secret_of_effective.html

I want to express my complete agreement with THE key point:

“You would think that coaching the lowest performers would pay off
because they have nowhere to go but up.
Actually, that's often not true, particularly for the bottom 10%.”

This time of the Sales year, most of the team are just getting started,
no or low scores above the doors,
so it’s hard to identify performers.

Just before you waste loads of time on poor performers, DON’T, it doesn’t work! You can’t coach a Sales Poor Performer to Perform.


You can “Direct” them
and they can “Learn” but “Coaching” is the WRONG Sales Leadership
or Management style for poor performers! 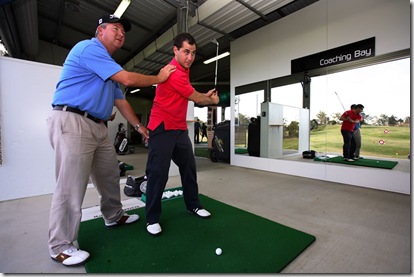 I want to take issue with this point. 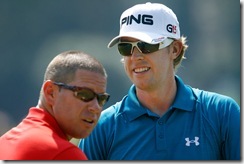 If you can’t improve a Sales Star Performer by Coaching
then you are just NOT doing the ‘Coaching’ properly!

When you are Coaching “Average” salespeople or TCS Core Performers
you are moving between
‘Directing’ them “This is what I want you to do!” and
‘Coaching’ them “Let’s see how you are doing it?”

However, Sales Top Performers
need a different “style” of Coaching.

You will be moving from “Supporting” them with Recognition, Praise and Feed back
to “Coaching” in areas where you BOTH think there MAY be a problem. 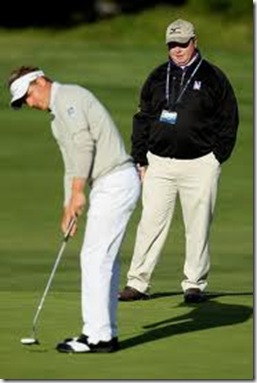 Luke Donald  hits a putt as his coach Pat Goss looks on.

Coaching is the best investment in Improving Sales Performance.

Do it right and do it with the right people